GUESTS
More than 250 businessman from regions of Russia, India, China
Annual National Award
of the Special Events Industry, 2017
Winner
Best city business event of the year
White Square, 2017
X International Advertising and Marketing Festival
Finalist
Branded Content & Entertainment
On August 1, 2017, Udmurtia investment opportunities presentation was held in Izhevsk at the site of the Kalashnikov Concern. Potential investors were presented with the Republic's opportunities in the field of public-private partnership, competitive niches for investment, a new model of working with entrepreneurs in the region.

The event was attended by representatives of large Russian businesses, the government of the country and state-owned companies. In particular, the presentation focused on the place Udmurtia took globally and what it could give to the world economy. The second part was the presentation of the competitive niches of the region; the third told about the Top 100 business champions of the region (the 100 fastest growing companies). In addition, projects in the field of public-private partnership, municipal-private partnership, as well as a new model of working with entrepreneurs – the Investor Club – were presented. On the same day, strategic sessions were held on the sectors that were marked as priority for the development of the republic during field research (high-tech production, agriculture, IT-sphere). At the strategic sessions, the prospects of Udmurtia in attracting financing from venture funds, Vnesheconombank Industrial Development Fund, and participation in projects of the Agency for Strategic Initiatives were discussed.
"I would like to bring someone by the hand and say: invest in Udmurtia. It is clear that it's not for nothing, it is the result of hard work. Indeed, the region is very important, it is a strong region of Russia. The entire potential of the Republic need to be delivered on, so that people could feel that their life is really getting better." 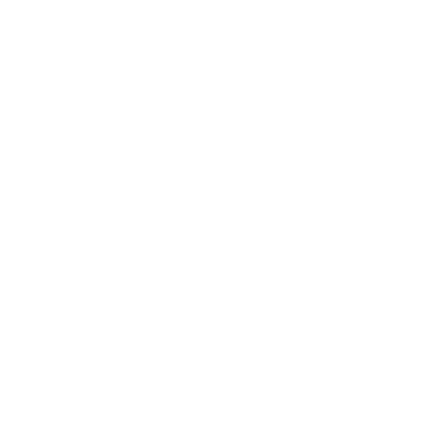 Igor Shuvalov
First Deputy Prime Minister of Russia (May 12, 2008-May 7, 2018)
Event objectives:
For three months, the republican authorities traveled to the districts of Udmurtia to find:
∙ Sites where they can open a new enterprise (large or small)
∙ Already operating enterprises that have growth prospects.

More than 500 such objects were found. All these points of growth were mapped on the map of the republic, which is accessible to the whole world. An investment portal has been opened — investudm.ru

The purpose of the event is to find investors who will invest in the Republic of Udmurtia business development.
Creative concept description:

The event was attended by First Deputy Prime Minister of the Russian Federation Igor Shuvalov, Plenipotentiary Representative of the President of Russia in the Volga Federal District Mikhail Babich and Head of the Udmurt Republic Aleksander Brechalov, as well as more than 250 representatives of business and government departments at the federal and regional levels, heads of major Russian companies (Vnesheconombank, Sberbank, VTB24, Sistema, Summa Group, Safmar Group, ForteInvest JSC, Rosatom State Corporation, FSUE State ATM Corporation, Promsvyazbank PJSC, Vozrozhdenie PJSC, Agency for Strategic Initiatives, FRP, Softline), major investors and businessmen, members of the governments of the regions of the Volga Federal District, Crimea, Sevastopol and Moscow (responsible for working with investors), delegations from China, India and Kazakhstan.
Technology and special effects:
∙ Development of multimedia content for a panoramic 12-meter LED screen in a short period of time;
∙ Variable control of the presentation with contactless control using radar TOUCH and iPhone-interface;
∙ Performance of the show in its own unique manner, the essence of which was represented by each of the parts of the interactive presentation

Performance indicators achieved:
Thanks to Udmurtia investment opportunities presentation:
— more than 300 potential investors got acquainted with the economic potential of the region
— delegations from 5 countries visited Udmurtia
— 3 investment agreements were signed, and were implemented in 2017
— the First Deputy Prime Minister of the Government of the Russian Federation I. I. Shuvalov was presented the economic potential of the city of Sarapul that received the status of TOSER in autumn of 2017
MOSCOW SCHOOL OF MANAGEMENT SKOLKOVO
COCKTAIL RECEPTION
A welcome cocktail timed to the meeting of the Business School International Board of Trustees meeting.
EXPO 2025 APPLICATION COMMITTEE
HACKATHON 2025
A forum/marathon for programmers, designers, architects and constructors in support of Yekaterinburg's application for EXPO 2025.
CIVIC CHAMBER OF THE RUSSIAN FEDERATION
THE COMMUNITY FORUM 2015
An open platform providing a three-party dialogue between society, business and government to shore up the quality of social projects and intersectoral cooperation development and implementation.
CAPITAL GROUP & KUBIK, LLC
NEW YEAR IN METROPOLIS
A traditional British Christmas market with guardsmen, double decker bus and a merry-go-round.
AB INBEV EFES
BUD BOAT
In collaboration with the global AB InBev team, we have presented an outstanding project as a part of the 2018 FIFA World Cup sponsorship.
RÉMY MARTIN
RÉMY MARTIN x MATT W. MOORE
Development and implementation of a project to support the Rémy Martin X Matt W. Moore collaboration in Russia.